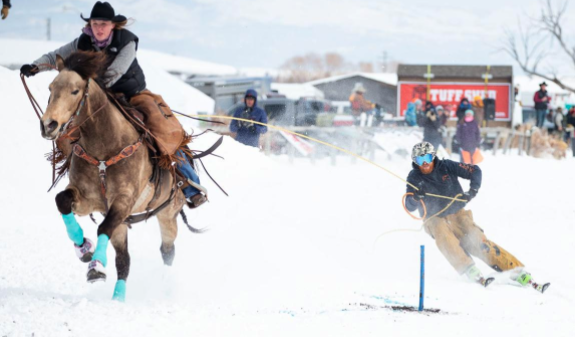 Are these guys nuts? So fun when the snow is smooth and groomed.

Skijoring is a fun and exciting sport.  The thrill of skiing on snow similar to being pulled behind a boat on the water except for you get pulled by horses or a team of dogs.  Skijoring snow groomer is key thing to make your practice runs and the real events much more fun and safer.  You see the horse digs up the snow and can leave big snow clumps as it runs.  The skiers also dig up the snow and leave ruts which makes it harder to have control.  You need control to grab the rings that are often on the outside of the course.  When things get rough this becomes much harder. When Skijoring snow grooming can just make it more fun.

Then if you use most snowplows to get the right depth it is even harder to pack the snow. Skijoring snow grooming is an art. Having too much snow is an issue or to rough of a trail is an issue.

We hope you think about trying our snoblaster and snow groomers to solve these issues.  The snow blaster can plow the snow to a specific depth. At the same time, it can also pack the snow behind where it was plowed.  Leaving a perfect packed corduroy path.

CLICK HERE TO CHECK OUT THE SNO-BLASTER Snow Groomer

These snow groomers can be pulled with a side by side with tracks or a snowmobile.  This is quite simple and easy to do between skijoring runs. 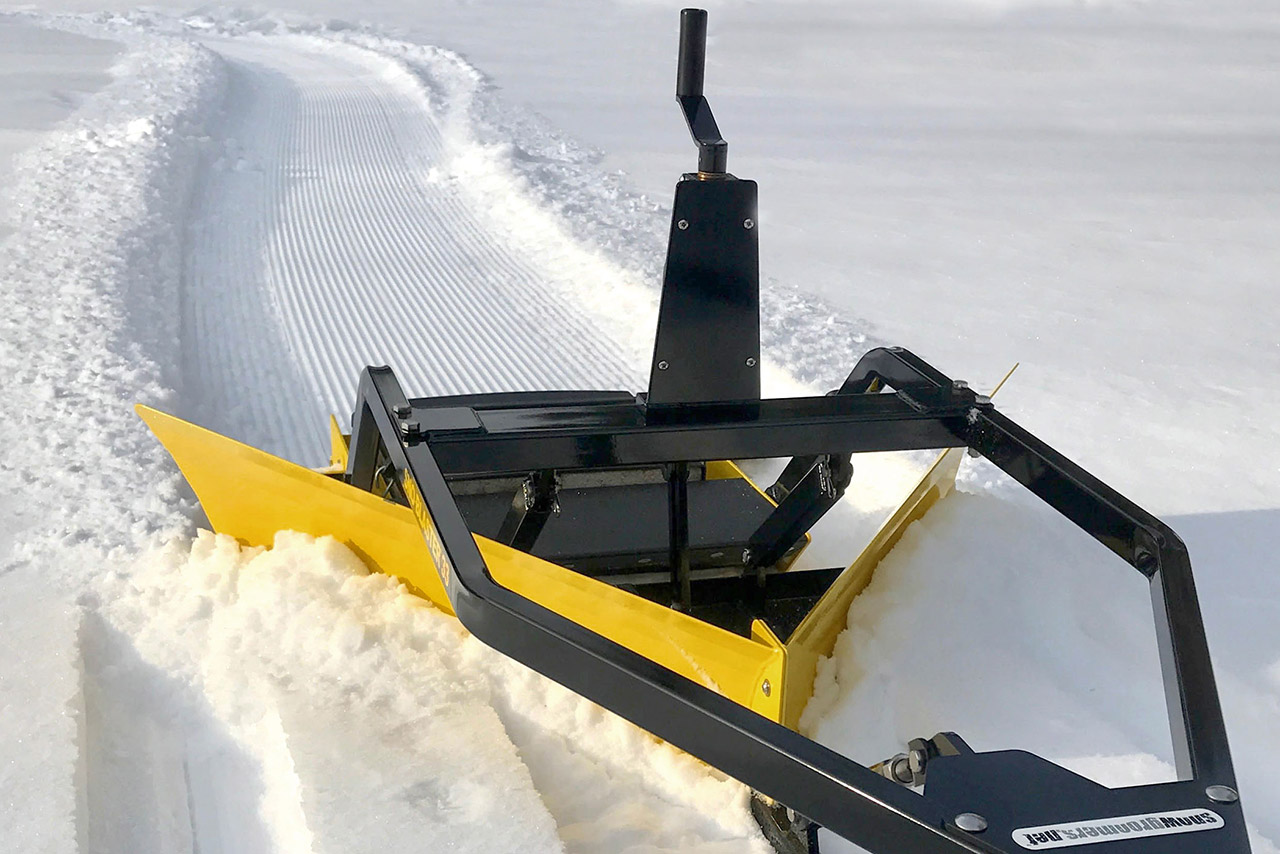 Sno blaster gets rid of excess snow and cuts through drifts to make smooth trails.

There is even a blade to cut through the snow and rough it up, cut down the clods left by horse hooves, and leave a bit of snow that is left over is very easy for the packing and corduroy laying.  You can set the blade depth to help cut the snow to the depth desired.  Fluffing up the snow fills in holes, and again make it way simpler to smooth, pack and leave it ready for the next participant.

Using these tools literally changes how you practice and how good the skijoring events can run.

When the course has the right depth, and smooth snow skijoring is just safer.  When things are safer it can also be lots more fun.

We have seen snow drags being used to make the courses better but using an inexpensive snow groomer or snoblaster as a set of tools just takes away many of the problems when skijoring.   Many other options in trying to solve these issues have been attempted but having the right tools make it simpler and safer.

If you have not been to a skijoring event, try to find one and go.  It is a lot of entertainment.  If you are an athlete and/or a skier it can be doubly fun.  Even if you do not have a horse you most likely can get a cowboy to pull you.

Or if you own a snow groomer you can go and help make the course better. Well at least better for the participants.  Having a rough course can be pretty entertaining for the spectators.