Snowmobiling it probably one of the best winter sports on planet earth. The power to weight ratio on a snowmobile is quite possibly one of the best in the world. There is nothing like floating on top of 3 feet of powder or the rush of burning down a forest snowmobile trail. To keep it fun it is nice to have people Grooming Snowmobile Trails.

Snowmobiles are impressive machines but those who have spent quality time on a snowmobile are far too familiar with the dreaded acceleration bumps that come from high traffic snowmobile use. The more powerful and fast snowmobiles get, the worse they beat up the trails.

Heavy snowmobile traffic on these trails or roads causes huge bumps to start to form. At first, these bumps start off as small acceleration bumps but then start to form into much larger and longer snow whoops. These types of bumps are dangerous as they cause the snowmobile suspension to preload and rebound at a really fast rate which causes the snowmobile to be unpredictable.

Not to mention they are REALLY uncomfortable to ride on. With snowmobile trails you have lots and lots of miles of trails and having big whoops on the whole trail really makes snowmobiling not very fun.

Whatever you call them they form from any real snowmobile traffic. Even if you get a lot of snow that “Fills” the snow bumps in, they will still be there because  the snow can harden into bumps already there.

The only real solution is to groom your snowmobile trails with a snow groomer. We can break out snowmobile grooming equipment into two snow grooming categories.

Each of these two options has a variety of pros and cons. So, it really comes down to cost and what you plan on using the snow groomer for.

Snowcat grooming equipment costs hundreds of thousands of dollars and is really big and wide. The maintenance also is high. You will not be able to groom the smaller harder to get to snowmobile trails.

If you are like me, these smaller more remote snowmobile trails are my favorite.

Occasionally, you will see a tractor with snow tracks pulling a snow drag or something similar but for the most part for large scale snow grooming the Snowcat is the most widely used snow grooming equipment.

If you are like me and wish they could afford a large snowcat but can’t…luckily there are other great smaller more affordable options. Compact snow grooming equipment that can be towed behind your snowmobile for those smaller more remote trails is just the ticket.

You need to make sure you get a snow groomer that will trim/cut the trail down first then pack what you trimmed. A lot of the standard snow drags out there just rip the snow off the top of the trail. They don’t actually cut/trim the trail and then compact it after.

Is the method of cutting and trimming down the trail that will help you get rid of the snowmobile whoops is something that is needed for your local snowmobile trails. The cost of a snowmobile and one of our compact snow groomers is MUCH less than a large snowcat with grooming equipment.

We have a patented SNO-RAZOR design that will level cut whoops and drifts. All our groomers are lightweight, easy to use and extremely versatile. No matter if its a snowmobile trail, cabin trail, ski trail, tubing trail, sledding trail, dog sledding trail, or hiking trail.

You can groom from 48 inches up to a wide 96 inches. This really gives you a small or big enough snow groomer to groom just about any snowmobile trail out there. Grooming Snowmobile Trails can be fun in and of itself. 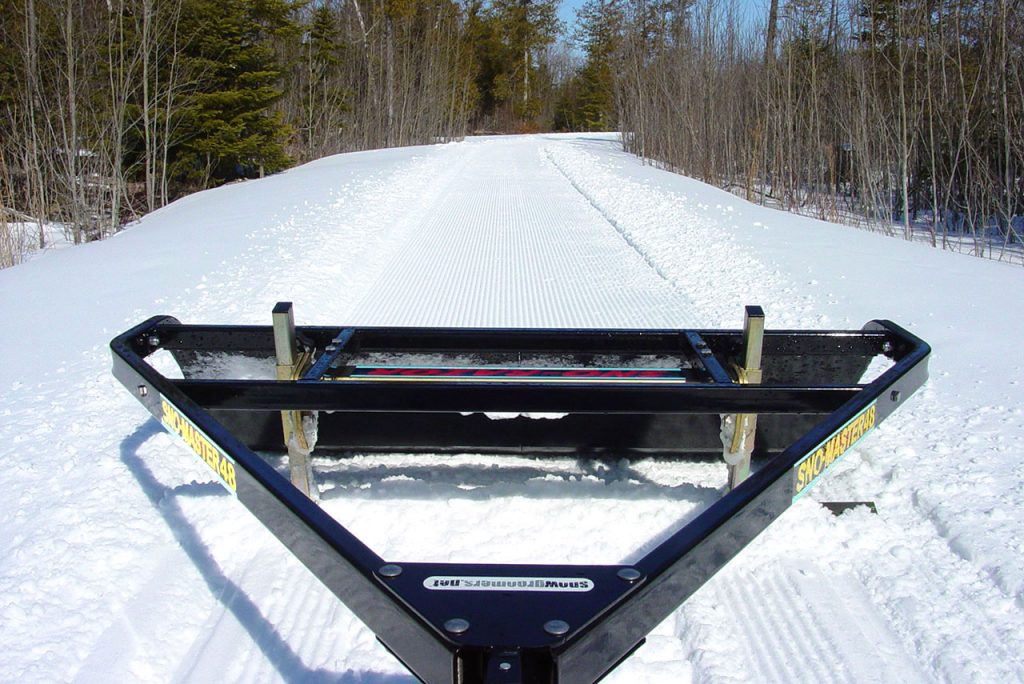 The SNO-MASTER 48 is the most versatile and popular snow groomer we offer. It’s a #1 seller for a reason. The perfect sized snow groomer to pull behind your snowmobile or UTV with tracks. 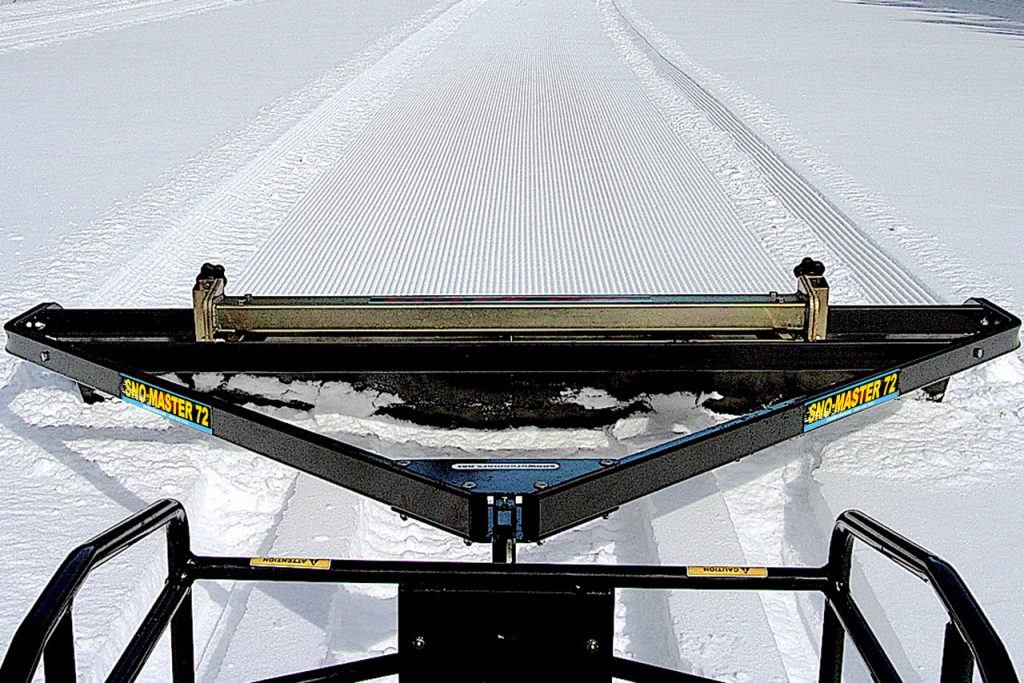 The SM 72 is Snow Groomer’s flagship groomer. With the ability to groom from 72 inches up to 96 inches wide makes for quite an impressive snow grooming swath. The SNO-MASTER 72 with a 72″ SNO-RAZOR is perfect for those who need a more heavy-duty compact but large enough snow groomer. Perfect for snowmobile clubs and cabin owners. The SNO-RAZOR will cut and trim the snow before the SM 72 chassis compacts it into smooth perfect corduroy.