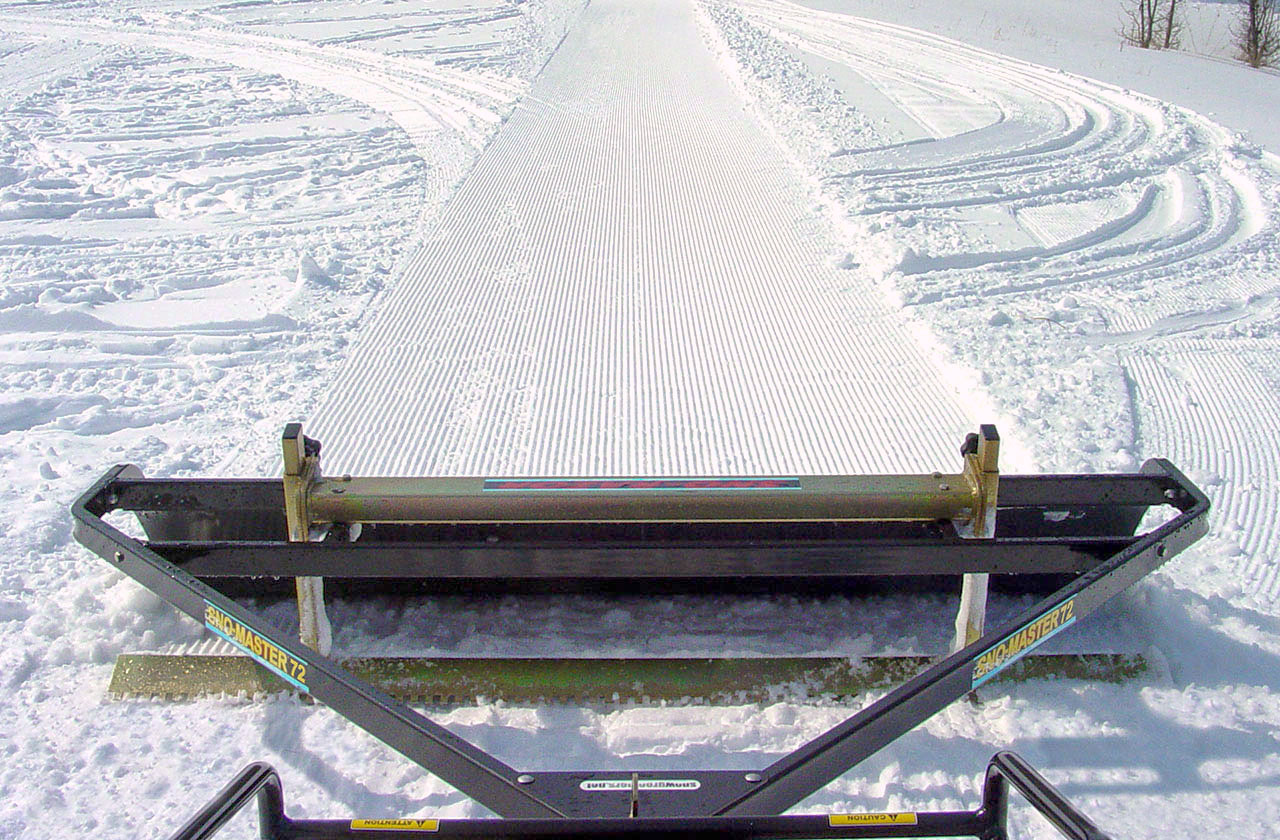 72″ wide trail with no wings so little snow caves back in.

This article is for those that need to access a landing strip in the winter that gets enough snow that you use a plane that has Skis in place of the airplane tires.

Having an airplane that you can attach a set of winter skis to your plane makes accessing remote airstrips and lakes MUCH easier in the wintertime.

We all dream of having a Supercub that we can use all of the seasons and even in the dead of winter with deep snow.

The question is how do you make a landing strip for your airplane in the middle of winter and in deep snow?

Having the right tools for the job really makes it easier and safer when it comes to building a snow airplane landing strip.

Basically, when building an airstrip or landing zone on the snow you need to make sure that the air gets knocked out of the snow and is compacted. Especially when the snowpack is deep or light and fluffy.

You do not what the snow to kick up while landing or if the snow is too deep it acts as an anchor when you are trying to land and can cause the airplane to flip.

The bigger the plane the more crucial it is to get a nice hard pack and smooth runway for snow landings.

Can’t you just pack down the airstrip with a snowmobile?

Yes, that’s a great option but the snowmobile is only so wide and does not actually smooth and pack the landing strip as well as you think it does. Snowmobiles are designed to float on the snow which means that they are not all that great at compacting the snow.

Yes, you can use it to pack down the light snow but what happens if you have crappy old snow that needs to be refinished so you can have a smooth runway?

The other issue is that can be a TON of driving back and forth in order to get the proper length and width you need for a smooth winter snow landing strip. 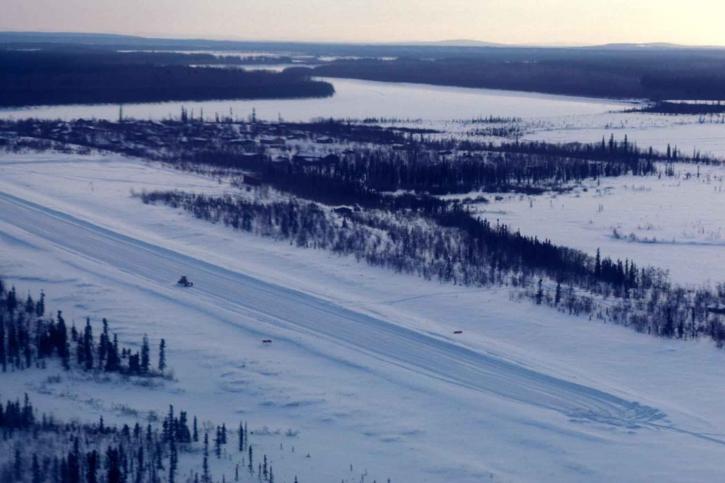 Landing Strip in the Winter

Having a snow groomer or snow drag to compact and level your trails is what you need especially for those more remote harder to get to airstrips. Lots of places in Alaska and Canada have areas that need access during the winter when the roads get cut off from the snow depth.

Being able to use a compact snow groomer to pack down and level out the landing strip makes for a much safer and effective way to building a snow landing strip.

No matter, if it’s your own private winter landing strip or the community landing strip, investing in a proper snow groomer, will really help.

Why is our snow groomer what you need for your winter runway?

Our snow groomers can be weighted down in the chassis when you REALLY need to compact your snow. However, when your snow is deep but light and fluffy you can take out that weight, and the snow groomer floats better on the top of the snow rather than just act as a huge drag plow.  Grooming can make the drifts way less of an issue.  Groomed runways that have packed down the drifts and powder make it way easier to get off the ground.

You want to use the new snow for a better more compact landing strip.

Our snow groomers also come with an SNO-RAZOR blade that you can use to cut/trim your landing strip once the snow gets torn up and rutted out.

This RAZOR blade gives you new snow that allows you to re-pack the snow giving you a nice smooth surface.

We have 2 options depending on what type of machine you would like to tow it with.

We have a 72″ wide snow groomer that is perfect behind a tracked ATV, UTV, or SNOWCAT.

Our 48″ wide snow groomer can be towed behind a Snowmobiled or Tracked ATV. These are perfect as they can be used in remote zones because they are small enough to fit in a plane to fly out to your winter landing strip.

Also, having one of these snow groomers double as a way to pack down and groom your snowmobile trails, ski hill, and sledding hill. If you are in areas that get lots and lots of deep snow you also can use it to pack down the snow to access cabins or outbuildings.

Please call, chat or email us if you have any questions that we can help you with.